Hello and welcome to “what do I name this baby?” Irish edition. If you’re a proud O’Kelly, O’Conner, or Murphy—or you just really like St. Patrick’s Day—Ireland-based baby names are a great place to start your moniker hunt.

That said, if you’re going for something classic or simple, there are loads of baby names that are low-key Irish—and very, very cool. Who doesn’t love a Niall or a Quinn?

Also, FWIW, most of the names on our list are unisex (though, yes, literally any name can be unisex). So if you don’t know what you’re having or hate making a decision, you could pick one and use it for any of your kids (maybe don’t though?). No pink, no blue, just all out green.

Here are 30 of the most popular Irish names according to lists by Nameberry and Mother.ly.

This name, which means “pure,” is the Irish variation of the name Catherine. Caitlin is not only extremely popular on its own, but also as its many variations: Cait, Kaitlyn, Katelyn and even Caitlyn, like badass advocate and reality TV diva Caitlyn Jenner.

One of the most popular boys’ names in Ireland and the UK, Cian translates to “ancient.”

Just as beautiful as it sounds, Erin is one of the first names popularized by first wave Irish Americans. It’s also a name used to refer to Ireland itself.

This name goes way back. Several kings of Irish clans had this name that means “cloud.” Also, it makes me feel as warm and fuzzy as the most famous Niall I know, Irish former-One Directioner Niall Horan.

This name translates to “fair or white,” which in Irish-speak means being full of charm and energy.

Fionn is the female version of Finn, which many swap for Fiona.

This girl’s name means “the stately, dauntless one,” and that’s a high bar to live up to from the moment you were born—but it’s pretty!

One of the most beautiful names on this list has roots in Irish Gaelic culture as the term used for a goddess. Oh, it’s pronounced “neev,” btw.

One of the most popular names in the world right now owes a large part of its fame to Irish Oscar-nominated actor Saoirse Ronan. Now if the rest of the world could just get that pronunciation down. P.S. it’s “ser-sha/sur-sha” (thank me later).

You’d think this name, which means “little dark one,” would be pronounced “chi-a-ra” or “cee-a-ra,” like the “Goodies” singer. Plot twist: Ciara is the Irish version of we all know as Keira, as in Keira Knightley. The more you know.

This name translates to “slender and angular.” If you ask me, though, it sounds more like a name that belongs to either the most popular guy in school or the dark emo bad boy you can’t resist (Hi, David Blaine). Just sayin’.

Pronounced “ro-sheen,” this Irish Gaelic name means “little rose” and is one of the most popular Gaelic names in Ireland.

Yes, that Eilish. While this name was much harder to spot outside of Ireland back in its heyday, thanks to a certain Billie it’s become a lot more common. Name your kid Eilish and maybe they’ll win five Grammys in one night? Who knows!

This name means “hare land,” which is usually condensed to the “Harland” in Irish. And that then becomes Harlan…which led to Arlen. Huh, history.

Sinead O’Connor made this name popular back in the 90s. But did you know that “Shin-AID” is the Irish version of Janet? How that connection came about is a Google spiral I don’t have time to fall into.

Translating to “she who intoxicates,” this moniker is currently gaining steam while being repped by by Emma Mackey’s character in Sex Education.

It means “little and fiery,” and it honestly makes me a little fiery when I think of how Aidan should’ve ended up with Carrie in Sex and the City. Regardless, it’s one of the most popular names of the 2010s.

This is another popular one that means “the little redhead.” (Is it weird that I love how many “littles” there are in Irish names?). Brooke Shields named her daughter Rowan back in 2003.

This Scottish-Irish name is an exclusively male name in England, but it’s a lot more popular with girls Stateside. Think British actor Rory Kinnear vs Rory Gilmore from Gilmore Girls.

Whether you’re channeling Dr. Quinn Medicine Woman or Glee’s sassy Quinn Fabray, this name is a great fit for any kid.

Whether it’s short for Patricia or Patrick, this name is incredibly versatile as clearly evidenced by Joey Tribbiani’s ceramic dog (Pat the Dog, obvi).

The Irish variation of Mary means “bitter.” While the name isn’t that big of a hit yet in the US, it definitely should be. Especially given Catherine O’Hara’s brilliant Moira Rose in Schitt’s Creek.

Yes, this is a name that’s pretty popular in Ireland, but it’s pronounced “bree-da.” It’s essentially the short form of the name Brigid.

The 100 Most Popular Italian Baby Names

If the first thing this name brings to mind is that Brad Pitt movie, same. Also, that makes sense since this translates to “descendant of foot soldier.”

Is there a more Irish name than literally Ireland? If you say that you thought about naming your baby Ireland before Alec Baldwin and Kim Basinger did, you’re probably lying. Here’s a snapshot that Ireland posted with mom Kim from way back in the day. 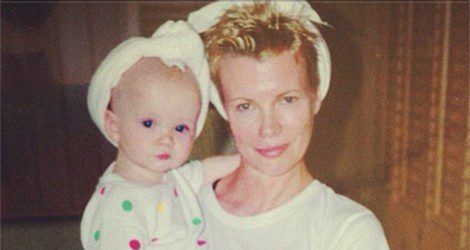