It doesn’t matter that the entire World Wide Web thinks Sophie Turner and Joe Jonas are expecting their first child together, they probably aren’t going to address the news anytime soon, ‘mmkay? And good for them, because they are at liberty to talk or not talk about whatever TF they want, and that’s that on that. It’s business as usual on Jophie’s Instagram feeds, and Valentine’s Day isn’t standing in the way of that.

Sophie Turner and Joe Jonas Are Having a Baby!

Sophie and Joe’s Baby Will Be Born in the Summer 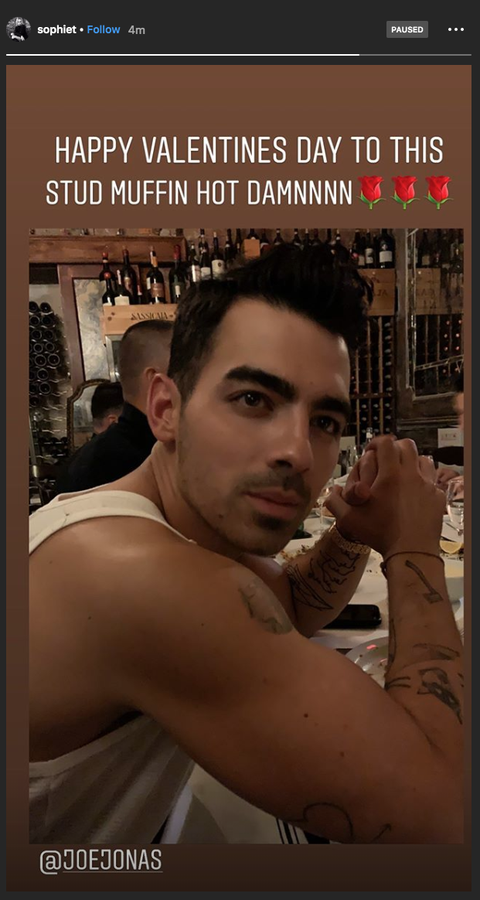 For the record, Joe put up his Valentine’s Day post for Sophie first. He kept his public wish a bit more simple by using a less thirsty caption for the post of Sophie on his feed, and shared a quirky shot of him and Sophie in makeup to his Stories. 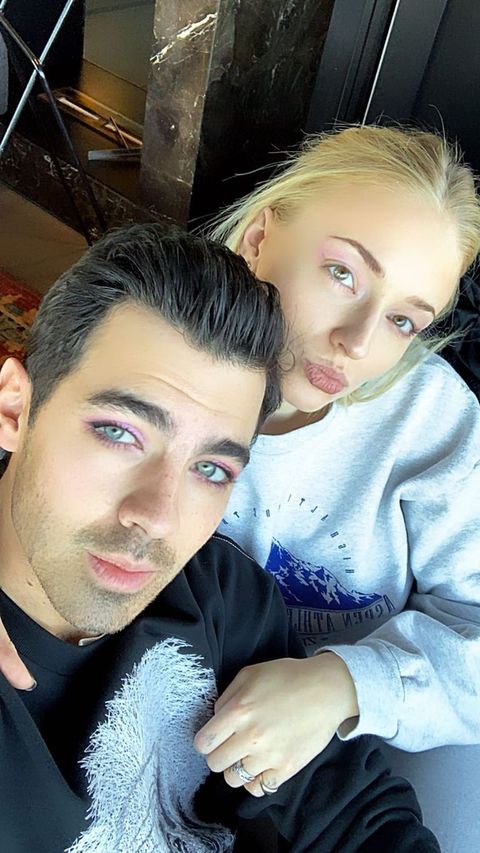 And as far as that pregnancy news is concerned, Joe and Sophie are keeping things low-key…at least for now, anyway. “The couple is keeping things very hush hush but their friends and family are super excited for them,” the source told Just Jared, while a second source added, “Sophie has decidedly been choosing outfits to wear on and off the carpet to accommodate her changing body.”

Sophie’s reportedly four months along in her pregnancy right now and is “due in the middle of summer,” according to Us Weekly. Yay Jophie baby!

Sophie Turner and Joe Jonas Once Broke Up

Starr Bowenbank Editorial Assistant Starr Bowenbank is the editorial assistant who writes about all things pertaining to news, pop culture, and entertainment—you can follow her here.